Hey, everybody! Fans are friends, and I wanted to give back to you for your support. Here is a page dedicated to you, with four lines about yourself, and a picture and Web link to let us know about you as well.

If you'd like to be featured on this page, please send me an e-mail: RacinJasonJacoby@Outlook.com 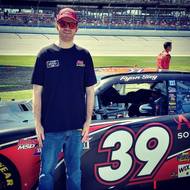 Cody Higginbotham
@CodyHRacing
"I'm a big Jason Jacoby supporter because he is a very loyal person, friend, and a true brother. Jason always has my back and always treats me like family. Jason's YouTube channel is the best. He treats all of his subscribers and followers like his own family and posts the best content ever with his IRacing streams, blogs at races, piano music, and all kinds of awesome stuff." 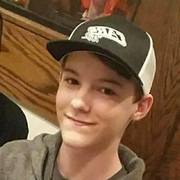 Ashton Crowder
www.CrowderCrew.com
​"Hey, I'm Ashton, I race in real life every now and again, and do a lot of sim racing in my free time.
I started watching Jason pretty much when his channel began. I've always liked Jason for his positivity no matter what situation. That's a special quality most people don't have." 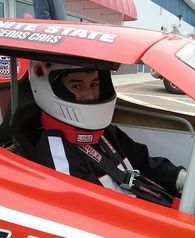 Lucas Cram
​www.YouTube.com/LucasC
"My name is Lucas Cram, and I live for racing. I have been watching racing ever since the very first race after I was born, the 2004 Daytona 500. I have been a Jimmie Johnson fan since I was three, and not any JJ fan, but a diehard fan, my room is littered with #48 gear, which is only 4 miles from NHMS, where I go every year. I watch Jason Jacoby on YouTube because he is such a great guy to hang around with, making sure he caters to every fan, he also has a passionate thirst for racing, and is one of the nicest guys I've met, which is why I'm sure everybody who watches him, does." 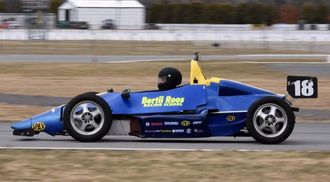 Tommy Cadwalader
Instagram.com/tommycadwalader_
​"I'm an aspiring racing driver aiming toward Formula Racing! Jason is a great friend of mine who I love to watch race!" 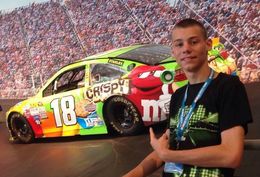 Josh Langlois
www.YouTube.com/c/ThatNullPointerError
"I like Jason and his channel because he creates great iRacing content on his channel, I enjoy watching him race in his awesome simulator. He has a great attitude, and is one of the nicest people you will ever encounter. He actually cares about his fans." 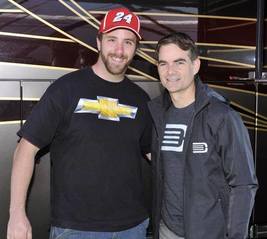 Dale Reynolds
YouTube: Dale Reynolds
"My name is Dale Reynolds and I am 27 years old from Bristol, CT. I am an extremely passionate racing fan-dork-nerd in every possible manner, having grown up in or around it my whole life and have always wanted to be in racing. My love for racing, computers, video games and good times has led me to believe that I'll never truly "grow up". I am a huge fan of Jason Jacoby and his YouTube channel because as a sim-racer myself I know and respect Jason's awesome talent behind the wheel, he also has the same passion for racing that I have myself and he's also one of the most genuine guys I have ever come across on YouTube and the sim-racing community alike." 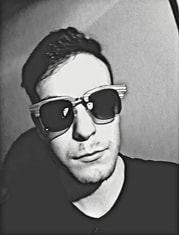 Bruno Latour
YouTube: Bruno Latour Instagram: www.Instagram.com/Bruno_Latour11/
"Knowing Jason is one of the many lucks I've gotten got in my life. He encouraged me in iRacing to get better and to never stop practicing. Now I'm winning in official iRacing series and soon will have a real Street Stock!" 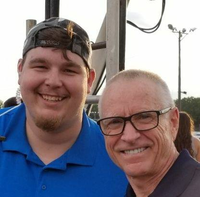 Kyle Adams
Web site: www.MisfitProductions.us YouTube: www.YouTube.com/MisfitProductions
"Misfit Productions of Rockford, IL., a proud sponsor of Jason Jacoby, would like to welcome you to Jason's brand new entertainment website. Kyle, owner of Misfit Productions, met Jason over some old fashion short track racing excitement through YouTube videos and live streams. Both sharing a deep passion for NASCAR racing, made it an easy decision for Misfit Productions to become a channel sponsor and support a talented sim-racer such as Jason." 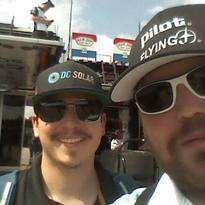 Wyatt James
www.YouTube.com/User/Edwards99IFY
"I have a YouTube channel called Wildmanwilly99. Please subscribe; I'm a fan of baseball, football, hockey, and I'm a fan of NASCAR, dirt late model, drag, and road course racing. I like Jason's channel because of his racing rig."​ 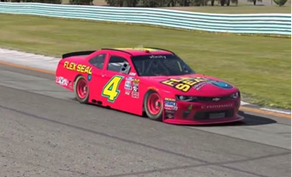 Paul Walsh
https://www.YouTube.com/User/PaulFWalsh
"My favorite part about Jason is that he is just so positive! He could wreck and still be smiling! He deserves a full-time ride!" 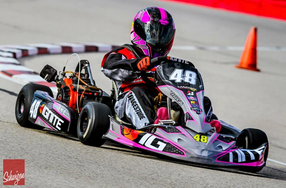 Emily Ellsworth
YouTube: Emily Ellsworth
"I like your channel because you take time to interact with the viewers. You always answer everybody's questions even if it is silly! You're such a nice guy and it shows in your videos! I also like watching you do what you love in such a cool way." 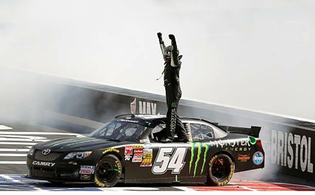 Steven Carmona
Web site: StevenCarmona.MyRacePass.com
"Hello, I'm the driver and team owner of my trademark #54 JST Motorsports Chevrolet in multiple series.  A proven champion and winner, I look to be in front as well as enjoy being with my team and friends off the track. I'm also the crew chief to Sam Kelley Jr. and strategist to Jason Jacoby in the NASCAR iRacing Series. I enjoy Jason's videos and livestreams because he's really interactive with the fans, fun to hang out with, and is nice, class act, and polite. Cheers to future success!" 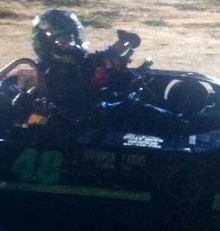 Branson Grooms
​YouTube: Branson Grooms The Sports Crew
"I like you because you're a very good iRacer, and I like iRacing. You are a clean driver and know what you are doing unlike a lot of drivers. Good luck, Jason!" 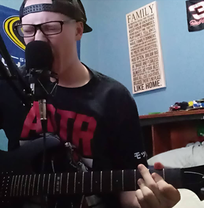 Sam Kelley
​YouTube: WoLf nine tails
"If you can succeed in life, then you can achieve anything."
"If life gives you lemons, why not turn them into candy?"
"Metal is the way of life. If you don't like metal, then that's fine." 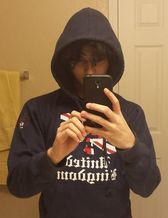 Logan Crain
​YouTube: Logan Crain
"The reason why I like Jason Jacoby is because he's a great sim racer and an amazing person. I am a sim racer but don't usually race online unless I get the steering wheel feeling correctly. I do some paint schemes, even though it's the same base scheme with different colors and sponsors. My YouTube channel is pretty small with 600+ subscribers but I rarely record videos." 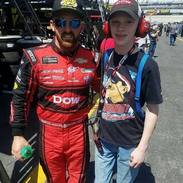 Aaron Jones
​YouTube: Aaron Jones
"Jason is the best there is and he can help you out with something. To me he is my racing brother that is in Georgia while I am in Tennessee. His YouTube channel is awesome to watch, and he will always follow you back on social media." 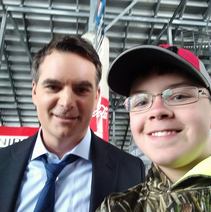 Zachary Taylor
​YouTube: hagertaylor2007
"I remember jumping on YouTube one day and saying this guy is cool. I may start watching him a lot. Next thing you know, I was watching almost every stream. I live for NASCAR and would love to be a driver!" 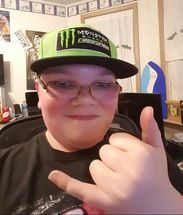 Scott Mertz
​YouTube: Mr. RaceFan00
"Hello Hello Hello! Did someone call Scott Mertz? Anyways, I'm that one young YouTuber, sim racer, and NASCAR fan. I might be young, but I can sim race well! Anyways, I come from the good 'ol Williamsport, PA, where I moved when I was about two, and currently live in my beautiful Pennsylvania home!!!!!! Go subscribe to my YouTube channel @ Mr.Racefan00!" 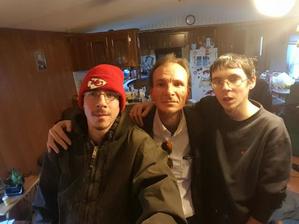 Aaron Summers
​AJ and Devin's Cause: GoFundMe YouTube: summersgamer 1993
"I love watching your streams when I can. I am a great friend to have. I love going to and watching NASCAR. I enjoy the time I have on this earth why I still can." 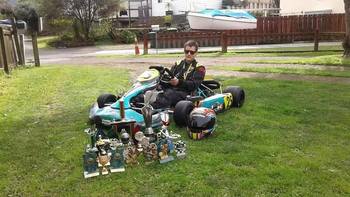 Max Donnelly
​Max's YouTube
"My name is Max Donnelly. I live in New Zealand, I have been racing go-karts for 7 years and aiming to drive NASCAR! I am currently building a NASCAR simulator similar to Jason’s. I love watching Jason in his awesome simulator and it encouraged me to start PC sim racing." 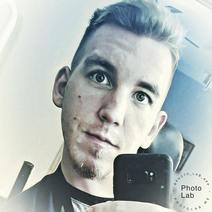 Nate Kotila
YouTube: Roll Film Productions
"Jason is so positive even if he has a bad race. Also, he's so fun to chat to."
My favorite quote is:
"Don't judge a book by its cover, read it!" 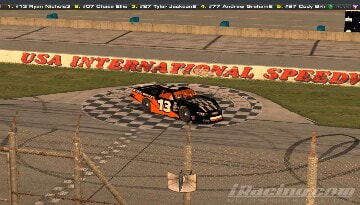 Ryan Michael Nichols
​YouTube: Hazardous Spillz
"It's ya boy Hazardous Spillz! I follow Jason's sim racing because of a few reasons. He has great iRacing content! He's always positive no matter what happens, and he's also a personal friend! Best of luck Jason, hope to join SIM 500 with you soon!"
"Peanut butter and Blart w w w w what's up" 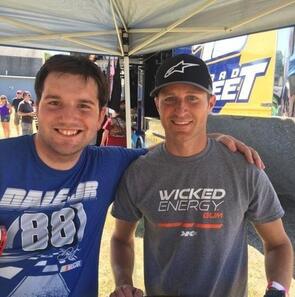 Alex Wood
Alex's ​YouTube
Insta | Twitter
"I am a big NASCAR fan from the Great Lake State, Michigan. Hometown: St. Joseph, MI, however, I was born in Moscow, Russia. I am a huge fan of Jason Jacoby as well as a fan of Chase Elliott, Jeff Gordon, Dale Earnhardt, Jr., Rusty Wallace, and Kurt Busch. I have a YouTube channel myself: DestroyerH6. Jason is a really good friend of mine and he has helped me with anything that goes on in my life and I owe a great deal of gratitude to him." 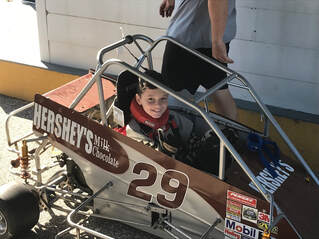 Dylan Shields
​YouTube: Dylan Stuff
"Hello, my name is Dylan. I love NASCAR and love watching Jason's streams. Jason is such a positive guy and his rig is awesome. There is no streamer I'd rather watch. I don't get to race much in real life because of money, but I love to log in to iRacing every day and practice like crazy. My favorite NASCAR driver is Brad Keselowski, and my favorite track is Daytona, just throwing that in there." 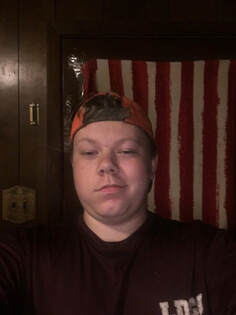 Turner Bullock
​Turner's YouTube
"I love racing. Gaming is also a passion of mine. I love spending time with my family, friends, and so on... I had discovered JJ when I had searched "Full NASCAR Sim Chassis" on YouTube. I saw the "Room Tour" video and then saw the "Mock Interviews" video, and I thought they were kind of funny. I clicked Sub right away, and turned on notifications. We've been friends ever since."